LIBRARIES: AT THE EPICENTER OF THE DIGITAL DISRUPTION

Libraries: At the Epicenter of the Digital Disruption

Disruption. It’s a word being used a lot lately as it relates to
the way technology is changing how people gather and exchange
information. For libraries, disruption has been a way of life for
a number of years. In the first half of the 20th century, libraries
led the way in transferring print-based material stored as codex
documents into microfilm and other microform formats. Starting
in the 1970s, libraries began moving moving archives and library
catalogs to online, digital formats.

With the rise of the internet, these institutions—long
considered the bedrock of schools and communities—have been
going through an existential crisis as patrons turn to online and
digital resources on the open web for research. At the same time,
many libraries have been locked in funding battles to keep vital
programs intact, and to make the transition from print book
repositories to digital community and research hubs.
A new survey confirms the library is going digital at an
accelerating pace. In the wake of the downturn of 2009–2010,
library budgets have bounced back or are holding steady, led
by a return of funding to many community public libraries.
However, any new revenues coming in are not going to revive
print collections. The emphasis is now overwhelmingly digital,
as libraries scramble to meet ever-increasing demand for digital
and online content.

The new study of 796 library managers and librarians was
conducted by the Library Resource Guide (LRG)—in conjunction
with Unisphere Research, the market research division of
Information Today, Inc. (ITI). The survey, which was
administered in April 2013 among libraries listed in ITI’s
American Library Directory, reveals current spending patterns for
public, academic, government, and special libraries, and provides
projections for budgets and spending trends for 2013 and 2014.

Replies to This Discussion 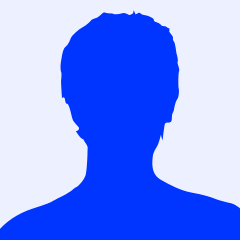